In this post we do a comparison of Shark Lift-Away vs Shark Genius Steam Mop and find out which one is better.

As you all know steam mops use steam power instead of chemicals to remove dirt, disinfect and clean floors whether hard or tiled floors. Their shapes are compact thus making them easier to use and are powered by electricity.

The water in the steam cleaner is heated then converted into vapor which loosens dirt on floors and soft fibers, for example, carpets and sofas.

They are also suitable for bare, hard floors and laminated floors but not for waxed for they can melt. The steam helps to soak the pad and draws dirt off ground. It cleans through the dirt and does not leave residue behind. 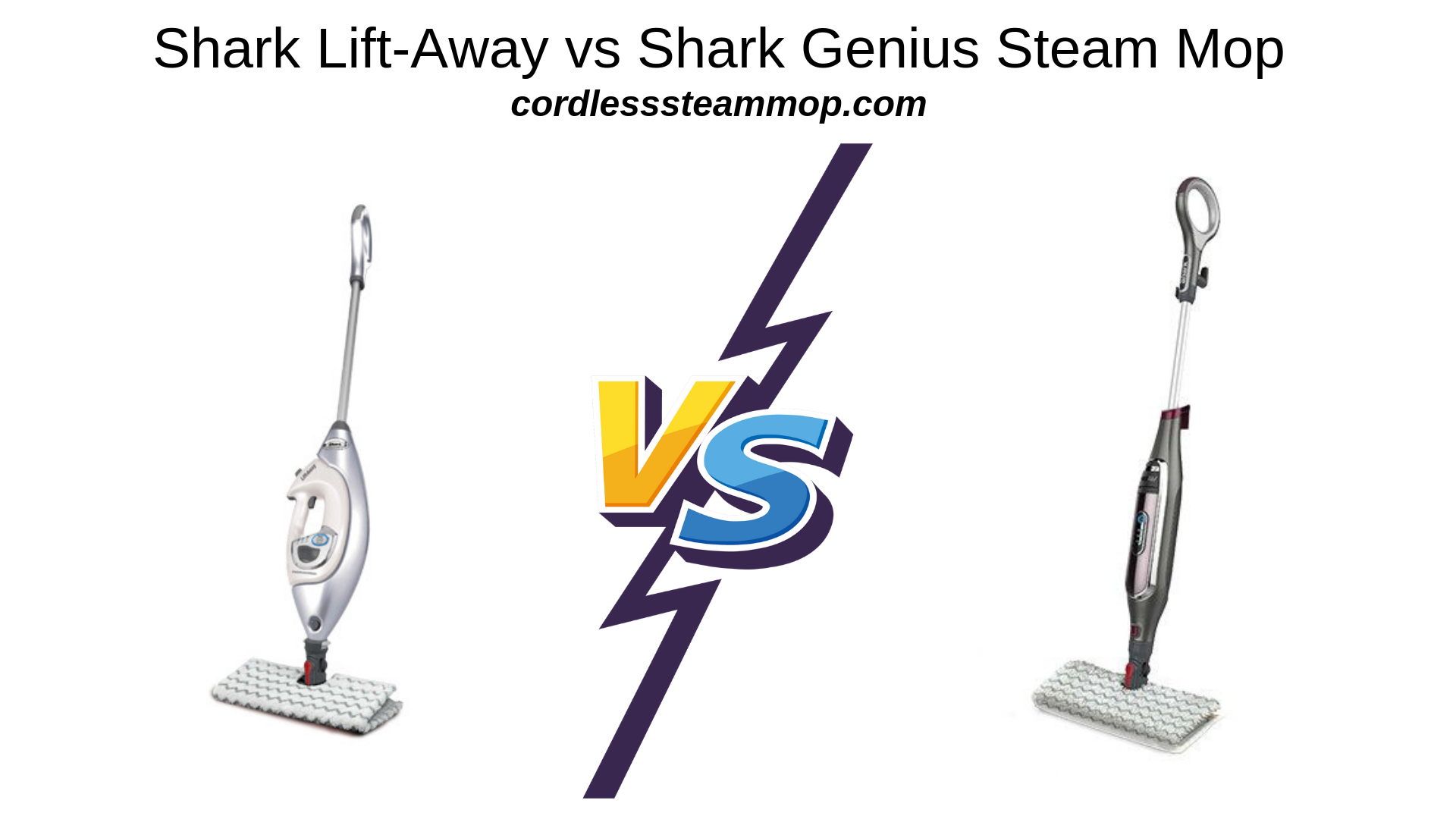 This is a touch-free steam mop that can clean sealed floors. Its steam blaster is effective for tough and greasy surfaces. Using this steam mop, you can control the amount of steam that will serve you better with its setting steam control. 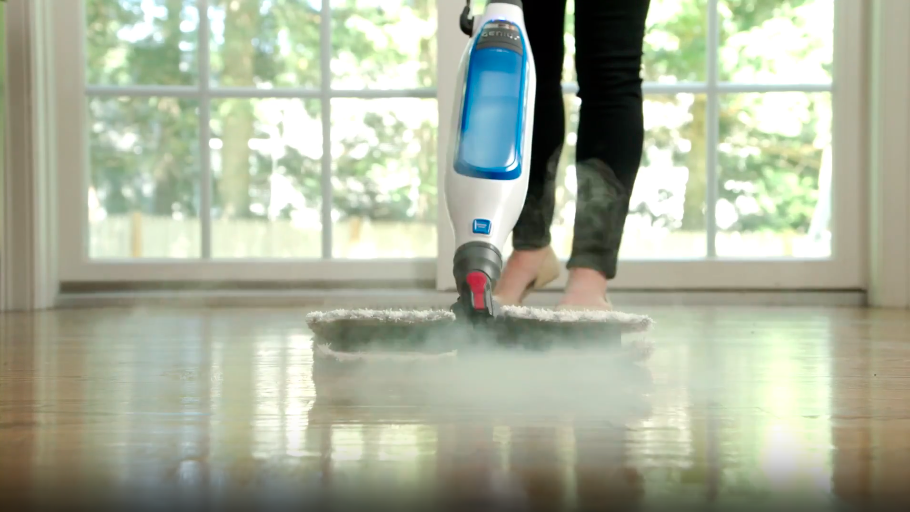 This vacuum cleans floor surfaces both hard floors or tiled floors effectively without using detergents or harsh chemicals. It is a double sided washable steam pockets with a quick release mop heads.

Shark lift away steam mop can be turned into a hand held steamer. It can also be used to dust or scrub depending on the result you want, it is fast to use for it cleans large areas. It is also used for garment and carpet cleaning.

It has three steam settings,

(a) Low steam which is best for light cleaning such as dusting which makes it suitable for hardwood and laminated floors.

(b) Medium steam setting is set for cleaning moderate areas and removing spots from all types of floors except the waxed floor.

(c) High steam setting which is designed and most effective on deep and thorough cleaning. It removes tough stains on all floors.

It has two dirt grip pad designed to pick up dust and lock it while cleaning which is enhanced by strips of gripping material. They are highly absorbent and dries fast.

Its powerful burst of steam wipes away stains and dirt even from corners. 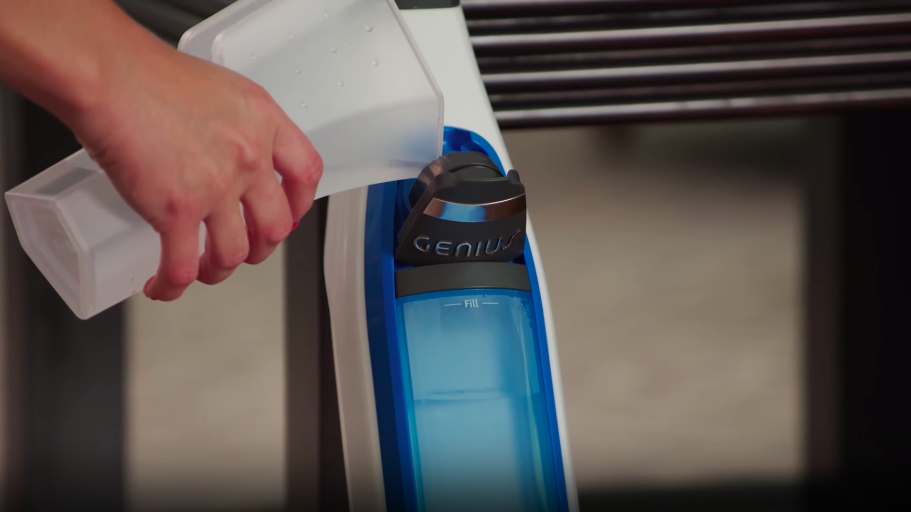 Its settings could also be grouped into three.

(a) Standby mode which should be pressed once where light steam is released for dusting and maybe drying surfaces.

(b) Pressing the standby mode the second time can be used for any type of cleaning both light and moderate by activating the mop.

(c) Scrub setting mode here the user presses the standby button three times at a go which is used for deep cleaning.

Its dirt pad is made using micro fiber and high absorbency rate which can be washed with warm water and liquid detergent then dried.

It is highly recommended to replace the dirt pads every 3 months.

Its water tank has a water capacity of 300 ml.

It has a direct channeling system which takes steam directly on stains thus effective.

It has three power settings that provides a different amount of steam as needed by the user for scrubbing, moping and dusting.

It can be used as a full-sized cleaner or handheld steamer which makes cleaning easier.

The mop is easy to use and flexible, the problem was it left the streaks everywhere and it is difficult to push.

It is a better fabric steamer but the mop can’t stand on its own and time-consuming.

Both shark genius and shark lift away steam mops have different water tank capacity although it varies on the individual choice depending on the size of your cleaning area. If the water tank capacity is less, you can refill it and continue cleaning.

So, on the basis of all the aspects, If I had to go with the one I would’ve definitely gone with the Shark Lift-Away Pro Steam Pocket Mop.

The major reason for that is I have a big house. As I have told you before that shark genius is difficult to push and have less water tank capacity. So, for these reasons, I would go with Shark Lift-Away Pro Steam Pocket Mop.

If you like this article, please leave a comment down below. I would be happy to read your comments. 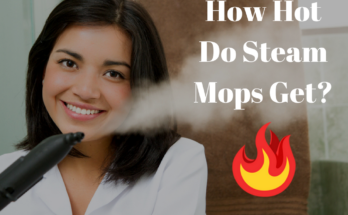 How Hot Do Steam Mops Get? 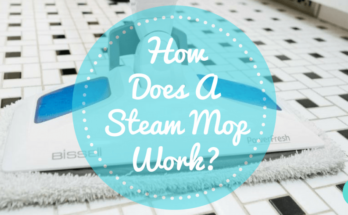 View all posts by Hannah Jackson →
As an Amazon Associate, I earn from qualifying purchases.